Barbara J. Becker a graduate of the University of Winnipeg is the editor of Winnipeg Bestsellers:     Barbara has instructed creative writing workshops with a linguistic slant.
She has published short stories in Prairie Writers: Vol 1, and 3. ed: M. D. Meyer
She has contributed to Generations, published quarterly by the Manitoba Genealogical Society. Editor: David Farmer
Barbara enjoys interacting with writers and editors and is always delighted by their wealth of knowledge and experience. 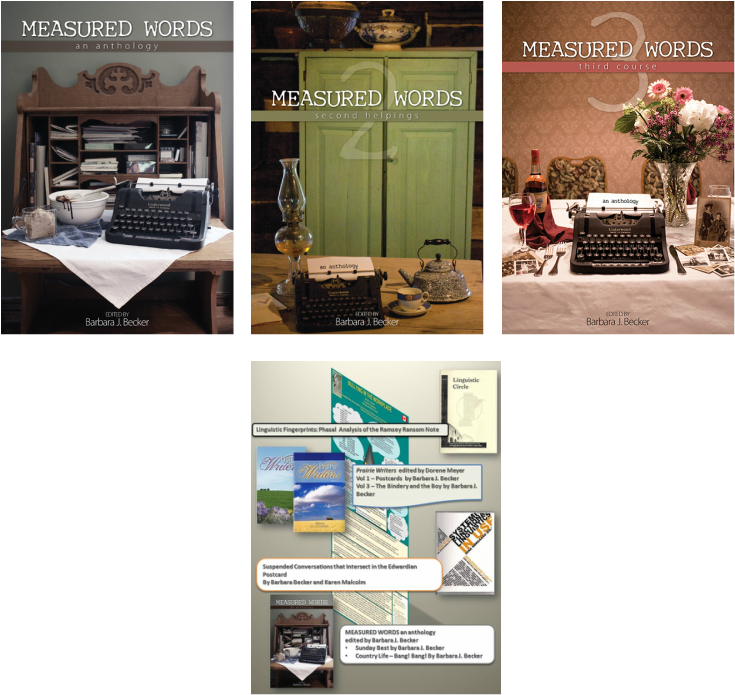