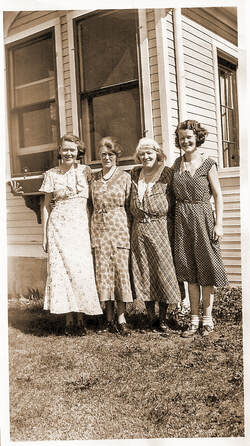 To the left is Christian Ramage Graham's visit to her brother's family in 1933. Christian was a nurse and  lived in Edinburgh, Scotland. She is seen here with Helen to her right and Helen Gloag Lynch Graham (John Colquhoun's wife) and Sadie Graham to her left.